The tins sat nestled amidst a cacophony of ancient kitchenware in an inner west secondhand shop. The search for some vintage tins had been going for months. These, in my opinion, fitted the criteria. A bit worse for wear and a tad unusual. One had tiny Christmas bells adorning the sides with an image of a child in a blue head scarf on the lid. A small concern lurked in the far reaches of my brainbox and I said to the proprietor ‘Do you think the girl child on this tin is a little bit, well, scary looking?’

He agreed, but also stated that he didn’t mind vintage objects that had images of creepy children on them. I concurred, purchased the tin and proudly raced back to the car. When I showed the tin to the Yak and lads, they screamed in horror and ran crying in t’other direction.

Here it is. The jury is out. (Actually, the jury has voted and decided this is the kind of tin that should probably be in a horror movie….) 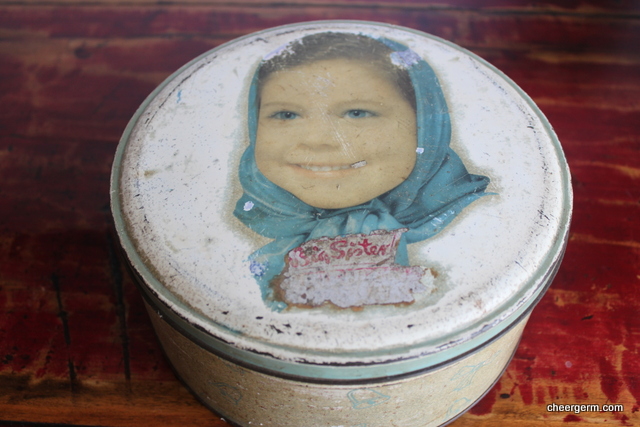 On to the cooking bit.

The Yak, being of the English variety, loves a spot of plum pudding. So a gluten free version was required. When a mere youngling, this Cheergerm loathed fruitcake and plum pudding type desserts. As an older cheery person, I have discovered that I quite enjoy a small piece of these fruity offerings. The key to success has been in only utilising fruits that I actually like and leaving out the dreaded dried peel, shudder. It is also important when choosing the alcohol to macerate the fruit in, that you use booze you like the taste of. In this case, I went for a luscious liqueur Muscat. On Christmas day, this dessert will be accompanying Sister No 2’s light, fruity Chrissy pudding ice-cream delight. The best of both worlds.

My plum pudding tin was looking slightly worse for wear so I had to line it with baking paper. This gave my finished product the slightly rumpled ‘I been sleeping too heavily on my pillow crease lines’ look. For quality control purposes, I took my trusty apple corer and snarfled a sample. It was bloody delicious. The smell of macerated fruit was intoxicating. It is moist, rich, not too sweet and you don’t miss the gluten at all. The pudding itself is now resting in stately grandeur. All tucked in, preparing itself for Christmas day scoffing.

The Cheergerm, the rumpled pudding and the little girl on the creepy tin wish all of you a very Merry Christmas.

HOW YOU DO IT
Combine all of the fruits, alcohol, orange zest and orange juice in a medium sized bowl. Cover and stand overnight.
Grease and line a 6 cup pudding basin or tin. Using a mixer, beat the butter and sugar until pale and creamy.
Add the eggs one at a time, beating well after each addition.
Stir in the dried fruit mixture, breadcrumbs, almond meal, gluten free self-raising flour and spices. At this point, every member in our family had a stir of the bowl and made a Christmas wish. If you really want to be traditional, it is here that you would place a silver coin in the mixture. I am not sure I would want icky money in my food, so we chose to leave that bit out.
Spoon the mixture in to the prepared pudding tin and cover with greased baking paper and foil. Tie around the rim of the basin with kitchen string, securing tightly.
Stand the pudding on a trivet (or saucer in my case) and place in a deep saucepan or stockpot. Fill with enough water to come halfway up the sides.
Cover and cook for 5 hours over a medium heat, topping up with water as needed.
Serve immediately or if you are making your pudding ahead, cool down completely before wrapping well and storing in the refrigerator until needed.
Pudding can be reheated by returning to basin, covering and steaming again for approximately 1 hour. It can also be microwaved for about 12-15 minutes.
Flame the pudding and serve with custard. (Flaming means to pour brandy over the top of the pudding and setting alight. Let the most sober person in the room perform this ritual and try not to burn your house down.)

A slight Cheergerm adaptation of a Coles online recipe 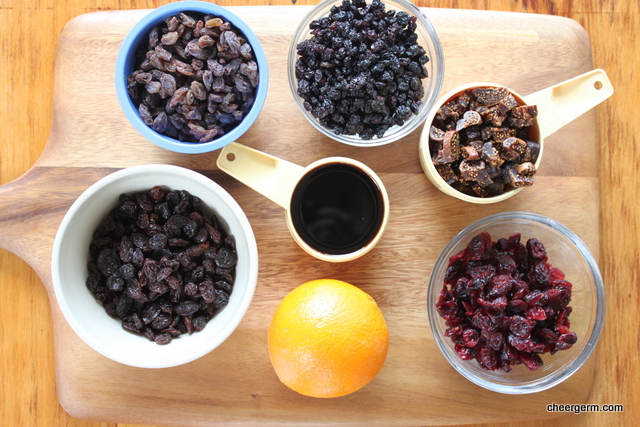 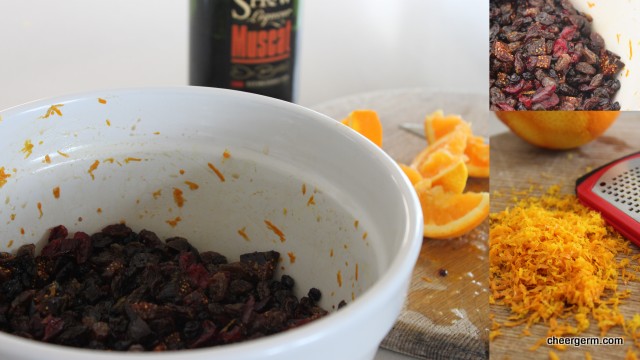 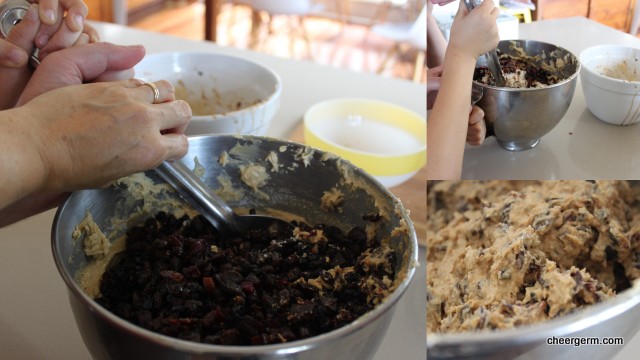 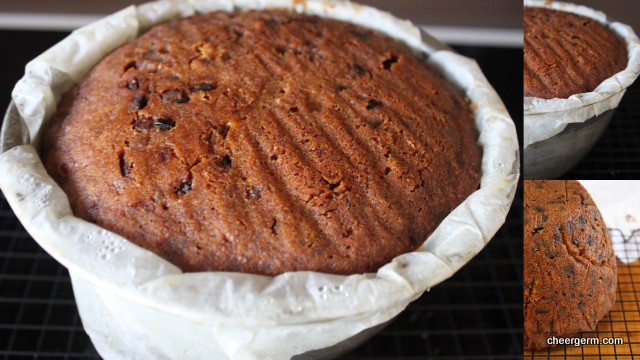 Really really great Italian food yesterday at Ventuno for a lovely human beings birthday. Very cool 50’s/60’s surrounds with an Italian spin. Warm and proficient service, lots of lovely Italian vino to choose from and a lovely water view with an ever changing weather view. Rain/sun/cloud/hot/cold. Am I back in Melbourne? The seafood spaghetti was 👌. #ventuno #ventunosydney #italianfood #sydneyeats #walshbay #lunch #ladieswholunch #seafoodspaghetti #cheergermandthesillyyak
It’s been a hot minute since the spotlight has shone on cocktails in my kitchen. This is a Bramble Gin Fizz. How magnificent are these glasses? Bramble gin, a dash of cherry liqueur, a splash of lime. Shake, pour, top with soda water. Float a slice of dried lime atop. It would be great on a warm summers day. #bramblegin #bramblebombay #ginfizz #inmykitchen #fridaycocktails #cocktailhour #vintageglasses #cheergermandthesillyyak
Absolutely some of the best restaurant food we have eaten in a long time. Lovely complex flavours that really made you want to keep on eating. (Even when you may have over-ordered and are getting too full … 🫢) Lucky Darwin to have this new gem in their midst. And a special shout out to the fab 80’s playlist. 👏🏼 Curry leaf cured snapper, crispy roast pumpkin, eggplant moju, devilled potatoes, rice and roti. Ps if you get the cured snapper, order pappadums to scoop up the amazing sauce! #ellabyminoli #darwin #darwindining #srilankanfood #visitdarwin #topendnt #northernterritory #minolidesilva #masterchef #cheergermandthesillyyak
Darwin photo dump. Including Top End Safari Day Camp with Matt Wright, Florence Falls, Wangi Falls, termite mounds and other noice stuff. #darwin #topendsafaricamp #litchfieldnationalpark #northernterritory #florencefalls #wangifalls #mindilbeachresort
Sunset in Darwin is all it’s cracked up to be. 🌅#darwin #mindilbeach #mindilbeachresort #northernterritory #topend #sunset #nature #australia #cheergermandthesillyyak
A dash of spring in the air. #blossom #earlyblossom #getoutside #mystreet #strolling #botanicals #nature #flora #cheergermandthesillyyak