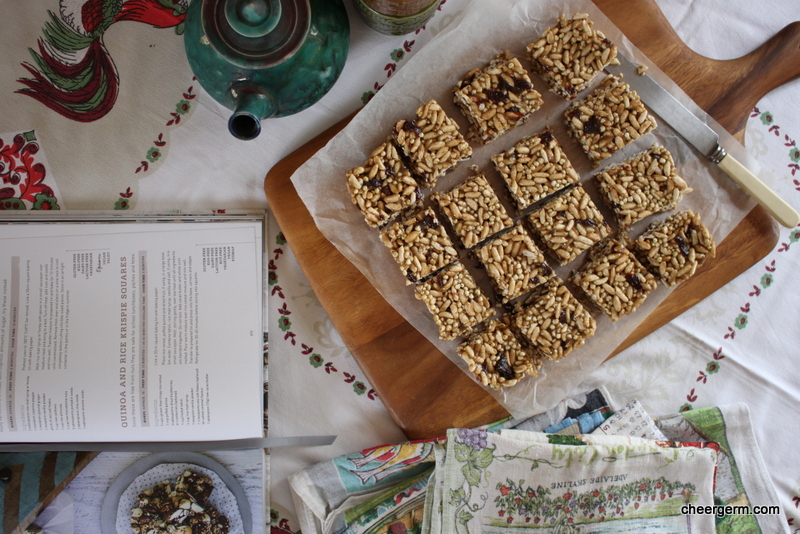 I stare agog at this child of mine dispensing wise advice like a miniature life coach. This ‘set in its ways’ brain of mine has forgotten what ‘new’ thing I was alluding to. He was referring to an ancient Chinese proverb that goes ‘when the wind of change blows, some people build walls, others build windmills.’ Change is one of the few things in life that is constant. Having always thought of myself as someone adapts to change readily, I was somewhat taken aback. It would seem that ‘wall building’ creeps up on you. Not wanting to be the stubborn person who remains unresponsive to all that is new, I will have to remain vigilant. (In other words, I do not want to become what is commonly known as ‘an old fart’.) I am thankful (mostly), that my Anthony Robbins wannabe son will keep me on the straight and narrow.

One thing that has thus far remained constant, is my love of the ever changing world of food and the brilliant adventure of trying new recipes. My latest cookbook love is The Wholesome Cook, written by Martyna Angelas. The creator of an award-winning blog, her book is chock full of refined sugar-free wholesome recipes. It is a stylish tome full of inspiring photos and a wide range of nutritious and easy-to-prepare meals. Her sensible philosophy really resonates with me. She acknowledges that no single diet fits everybody the same and as our environments and bodies change, so should our diet. No wall building going on in this book. Some of my earmarked recipes include the Polish gingerbread cake, the double chocolate and caramel popcorn cake, kale and cashew pesto, the fennel, ginger and turmeric soup and the sweet and sour lamb riblets. My mouth is watering already.

This nifty little snack lives up to its promise. A few changes were made to the original recipe but this was merely due to the fact that I wanted to use whatever I had on hand. It is a grown up, healthy-err, gluten free version of salted caramel rice bar. The tangy fruit adds a zesty brightness to it. Moreish, chewy and a new favourite for the adults in our household.

HOW YOU DO IT
Line a 29cm square baking tin with baking paper.
Place rice cereal, puffed millet and dried fruit into a large bowl. Set aside.
Combine tahini, rice malt syrup, vanilla and salt in a small saucepan.
Melt, stirring gently over low heat until all ingredients are blended together. Do not boil. Add cacao butter (butter) and whisk until melted.
Pour warm mixture over rice cereal mixture and mix well. (Move fast while the mixture is still warm.)
Transfer to prepared tin and press into the base, corners and edges. I used my small off-set spatula to do this.
Refrigerate for 30-60 minutes before slicing into squares. We kept our squares refrigerated.

Recipe from The Wholesome Cook by Martyna Angell, published by Harlequin, October 2015 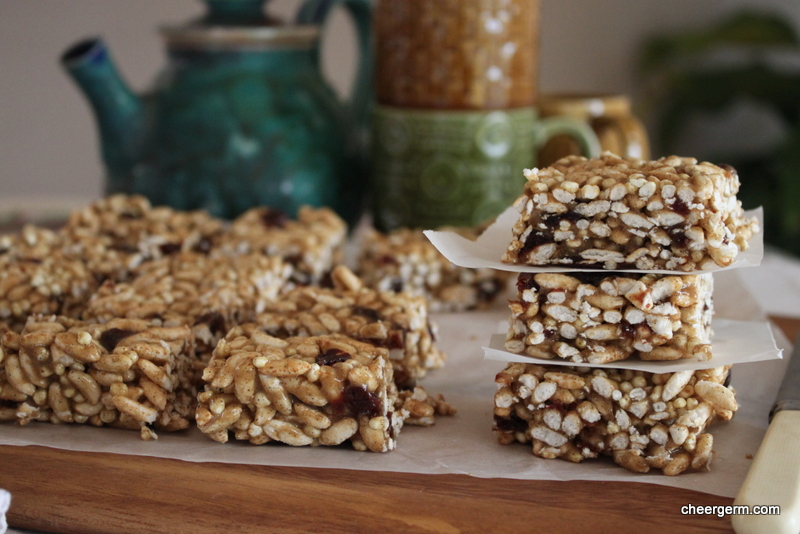 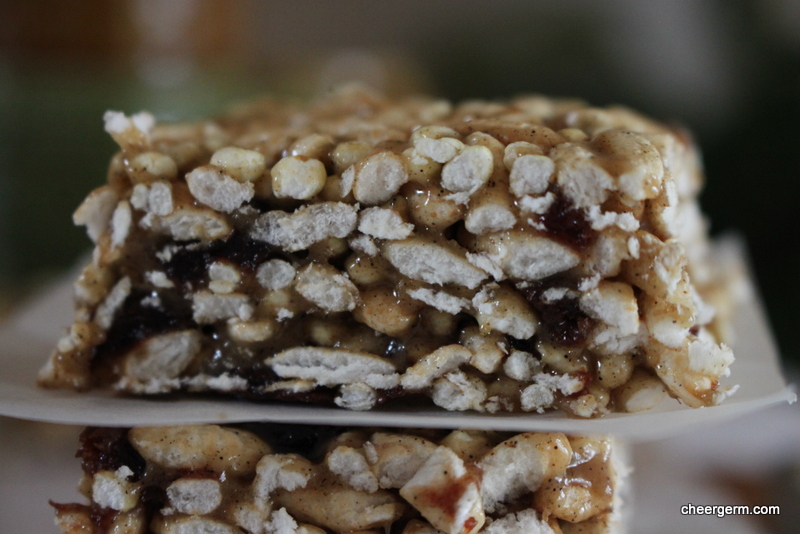 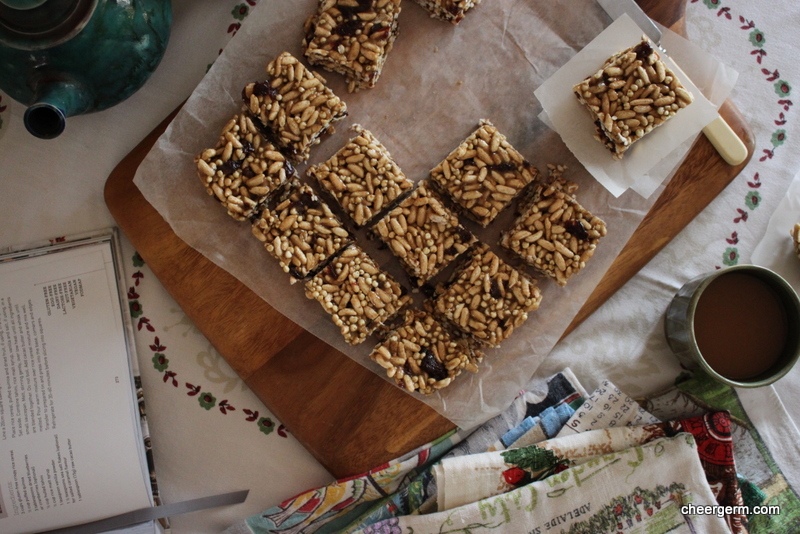