Call me, (call me) on the line, call me, call me, any anytime. Ah, Debbie Harry, singer of that iconic seventies new wave punk band, Blondie. You were the epitome of cool with your husky tones and mad two toned hair.

This is not that kind of Blondie. The other day, Kid 1 said to Kid 2 in a disappointed parent tone of voice ‘You are such an excluder’.

White Chocolate: Go on…be my friend, go on, like me.
Cheergerm: White Chocolate, you are just too needy for me and well, I don’t want to hurt your feelings but you are too damn sweet.

Not wanting to be accused of being ‘An Excluder’, I got me a block of fancy pants white chocolate. In high hopes that the greater cocoa mass (30% as opposed to well, nothing in some other brands) might make it less tooth achingly sweet. Having always adored a brownie, it seemed only fair to try baking a gluten free blondie.

This recipe took two attempts, and was more successful the second time around. A flour change (like an underwear change) made a textural difference and I adjusted the baking time. There is no denying that this is a sweet baked goodie but it had that smooth, good chocolate mouth feel. The tangy raspberries cut the white chocolate richness perfectly and the crackle ackle meringue like exterior contrasted with a beautifully moist centre. It was taken to a family shindig and was gobbled up quickly. My hesistancy was assuaged by the rave reviews. This blondie goes really well with a good cup of coffee.

Will white chocolate be invited to the party more often? Yes, but only every now and then. (I would so invite Debbie Harry to the party if I thought she would rock up.)

HOW YOU DO IT
Preheat oven to 160C (150 fan forced). Line a 20cm square cake tin with baking paper on bottom and sides.
Melt the chocolate and butter in a small saucepan over low heat, stirring continuously until the mixture is melted and smooth. Remove saucepan from heat.
Stir vanilla and sugar into the chocolate mixture and set aside to cool for 5 minutes. (The mixture will look a little odd but don’t worry, it all comes together in the end.)
Add eggs and mix until combined.
Fold in flour and stir until combined.
Add raspberries and fold gently through the mixture until combined.
Pour into the tin and bake for 50-55 minutes until set. Rotate pan in oven halfway through cooking.
Allow to cool completely in the tin.
Cut into 20-25 small squares (it is rich).

This has a longer slower cooking time to keep it as ‘blonde’ as possible. If you find it is too soft in the middle for your personal preference once you cut it, you can pop it back in the oven on 150C for about 15 minutes just to make it a little less squidgy. I know that brownies are meant to be super squidgy but I think this white chocolate version is better if cooked a little more. Again, maybe that’s just my weirdness about white chocolate coming through…

A Cheergerm adaptation of a Woolworths online recipe. See below photos for link to original recipe. 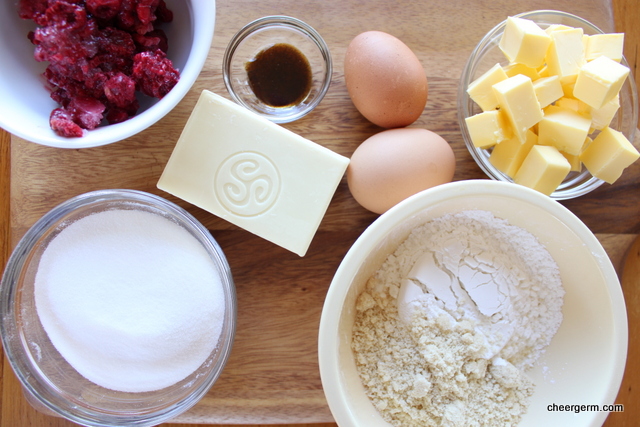 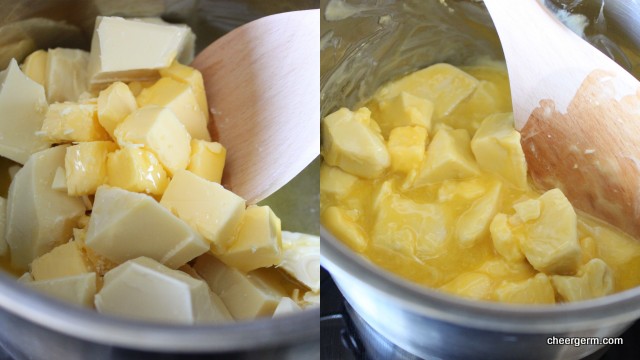 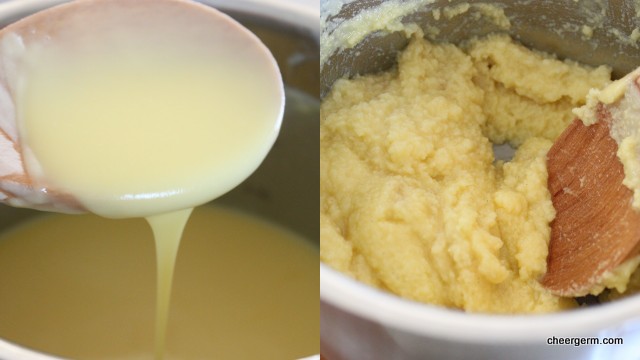 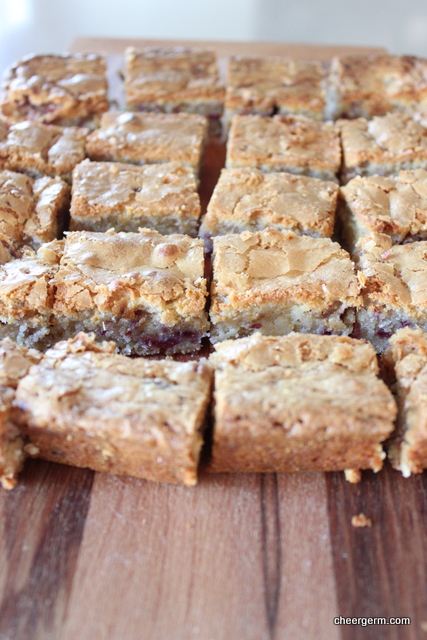 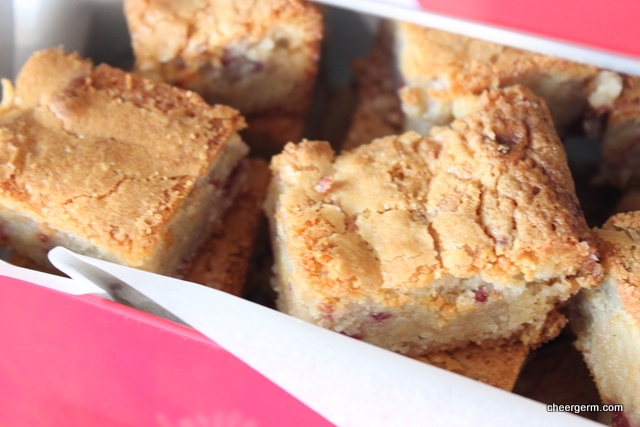